You can’t keep a good Wizard down, and as the title suggests, Harry Potter and friends (plus enemies) return in LEGO form this August 2018. 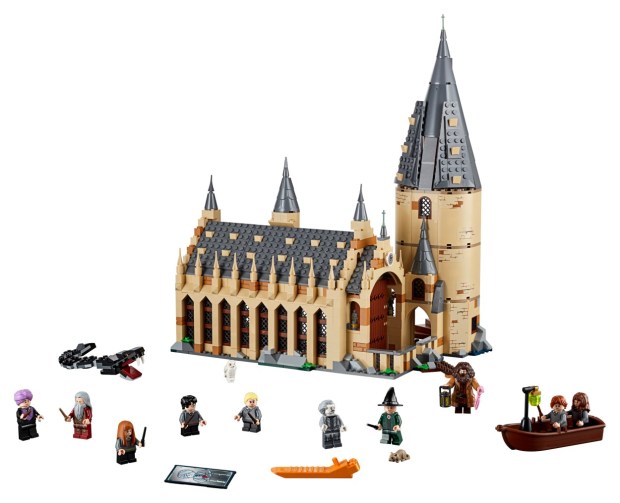 Hogwarts Great Hall will come with a whopping 878 pieces a collection of 10 mini figures and be available August 1st for $99.99usd. No Australian price or availability has been announced as of yet.

Interior of the Great Hall

The Great Hall will have an open interior allowing Harry and his friends, with all new designs, to sit and feast on grand meals, while also allowing Professors to mingle with the students. What is most interesting is that only two of the four Houses are being represented with banners hanging from the roof with Gryffindor and Slytherin represented. While Hufflepuff and Ravenclaw are not shown in the images, there are reports the House banners are reversible. Either this, or it could be leading to something with the interior view showing pin holes for expansion points with later LEGO Harry Potter sets. In these unannounced sets, Hufflepuff and Ravenclaw could be represented in more detail.

Points of interest are the Mirror of Erised included and showing two sides. One with Harry and his parents, and the flip side showing Professor Quirrell holding the Philosopher’s Stone. The sorting hat is also shown as is the Basilisk, Scabbers and Hedwig. The boat allowing students to arrive at Hogwarts and some wonderful detail on the exterior of the Great Hall itself…plus a brick separator, make for a welcome return to LEGO form. 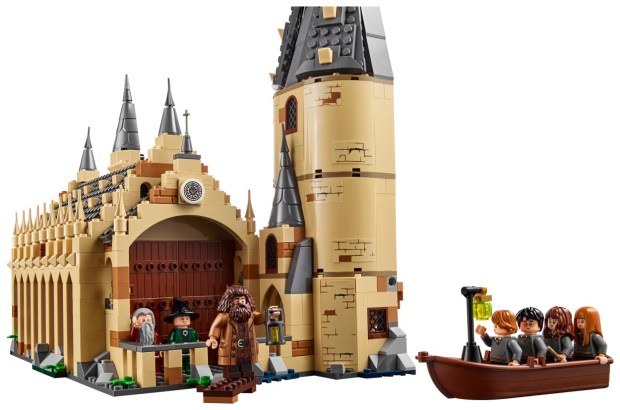 Minifigures included are Harry Potter, Ron Weasley, Hermione Granger, Draco Malfoy, Susan Bones, Professor McGonagall, Professor Quirrell (with reverse side being Lord Voldemort Face), Hagrid (with pink umbrella), Albus Dumbledore and Nearly Headless Nick. And what I love about this is the inclusion of all the major players from this first initial set, meaning LEGO must be planning something really special for whatever else they have in store.

The Hogwarts Great Hall comes in at over 37cm high, 17cm wide and 30cm deep. It comes packed with loads of playability and should be enough be make up for the lack of Harry Potter love in recent years.